Apps and wearables that can AUTOMATICALLY track your exercise either by tracking movement or syncing with fitness equipment are everywhere. Whether on your phone or your wrist, they’re a part of modern life. We assume that by seeing our steps and workouts, our ‘stats’, we’ll be more successful. If that’s what you thought, stay tuned for an upset. In a world where over 56% of the population has a smartphone and step counters are worn like jewelry, it’s hard to believe that these gadgets can actually be doing more harm than good.

I even fell for it…

Like many health seekers I’ve struggled to maintain an active lifestyle. As a working mom, it’s hard to find the time to get in a workout (my barrier). I thought having my steps counted would motivate me to be more active. So I researched and purchased a wearable step counter.

I remember wearing it for the first time to the gym and being annoyed that it didn’t count my efforts on the rowing machine. I guess rowing wasn’t ‘steps,’ but it was exercise and I wanted credit for it. The next time I worked out I made sure to do the elliptical instead of the rowing machine, which apparently does count as steps.

After working out, I found myself checking my wrist throughout the day with the goal of 10,000 steps… because that’s when the fireworks go off. The first few weeks I was diligent and often hit my goal, although at times I did resort to doing laps around my living room before bed! Within the first month the novelty had worn off and I noticed myself checking it less and less for steps and using it more as a watch/caller id.

Now, six months later, I have an adversarial relationship with my old friend the step counter. It rarely celebrates my efforts and if anything it’s a reminder of how little I’ve moved.  I feel it’s judgment and disapproval as it buzzes at me for sitting too long. Worst of all, I’m pretty sure I’m less active now that I was before. Bummer…

Tracking, not having it ‘tracked for you’

It turns out I can share some of the blame for my anemic motivation with the very technology I purchased to help me. New research has now shown that simply tracking exercise has little affect on exercise adherence. It’s the behavior of actually logging your workout that drives you to keep at it. As often happens, the developers of many fitness apps have made a fatal mistake of false correlation. In a recent study titled Implementation of Behavior Change Techniques in Mobile Applications for Physical Activity published in The American Journal of Preventative Medicine Conroy and co-authors explain this distinction:

The two behaviors that have been statistically correlated with successful behavior change are setting goals and tracking progress. Notice the word “tracking”; it’s a verb that means ‘to track’… not ‘to have tracked for you’. Whether it’s a step counter or fitness app, automatically recording my steps wasn’t the same as if I’d manually recorded my workouts.

Self-monitoring is the process of making people think about their behavior. They report the time they spent engaged in physical activities during the day, comparing it against their goals,” he said. “We know from (past research) that health interventions that include self-monitoring are 60 percent more effective than those that don’t. … It is very curious that a lot of these apps have off-loaded that self-monitoring work into sensors in the phone.”

Are you asking the wrong question?

Often the first question asked by people looking for a fitness app is, “Does it automatically log workouts?” It turns out that pulling data in automatically may actually be hurting motivation by eliminating the critical step of having people log their own workout data. The authors of the meta-analysis on the topic published in the American Journal of Psychology agree,

… progress monitoring had larger effects on goal attainment when the outcomes were reported or made public, and when the information was physically recorded. Taken together, the findings suggest that monitoring goal progress is an effective self-regulation strategy, and that interventions that increase the frequency of progress monitoring are likely to promote behavior change.

The days of sticking our heads in the sand and ignoring the science and research are over. The stakes are too high and we are called to support Healthy Lifestyles through sound practices that are supported by research. The research on the matter is clear. To support change in health seekers we should direct them to practices and products that have proven effects on motivation and outcomes. Conroy explains:

Given the importance of self-monitoring for changing physical activity, it may be wise to rely less on passive monitoring via sensors in favor of active self- monitoring via retrospection and self-reporting when apps are intended to support behavior change.

When choosing technology for your members and yourself, keep in mind that there are two things you need it to do, prompt you to set goals and manually track your progress towards those goals. It’s ok if the technology has automatic tracking functions in addition to goal setting and tracking, but it should not do it instead of those important behaviors.

There’s a saying: when we know better, we do better. It’s time to do better and expect more from technology. 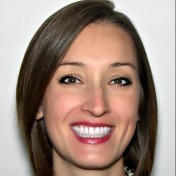 Kelly worked with the Birmingham YMCA for 6 years as Healthy Lifestyles Director at a large branch and Member Engagement Lead for the association. She was instrumental in installing an onboarding process that has benefitted thousands of new members. She now serves as a full-time Account Executive with MobileFiT.